How to Convert Camera Focal Length to Angle of View Print

When working with cameras, the distance from the camera has a significant impact on image quality. As you get further from a camera, the field of view (i.e. the width from the left to right edges of the camera image) gets larger and larger. This occurs because the camera lens collects light over what is known as the Angle of View (AOV). The following image describes this best. 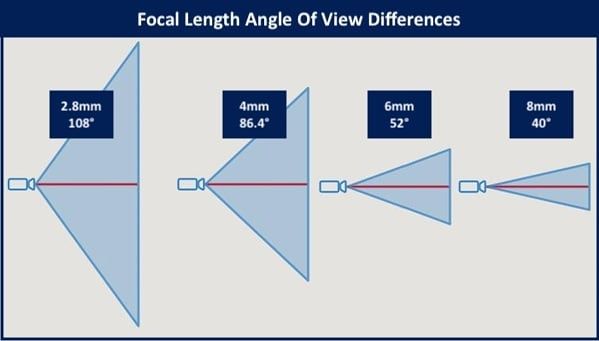 This image allows you to visualize two things:

The AOV can be computed by knowing the focal length and image sensor size as explained here or here.

It's important to note that a lens and image sensor are separate components in the camera. You can change lenses on some cameras. The lens alone doesn't determine the AOV; you must know the specs for the lens and the camera to obtain the AOV.

Computing the Angle of View

Only try to compute the AOV if you have searched and been unable to find the AOV in the camera specifications.

There are good online tools to compute the AOV from the image sensor size. For example, IPVM offers a camera calculator. It has a library of standard cameras so it's very useful for camera selection. If you select the Generic Camera (default when adding new camera) then you can compute the hAOV or focal length given a fixed sensor size.  The tool is shown below. It even shows how the changes impact the scene images captured by the camera. 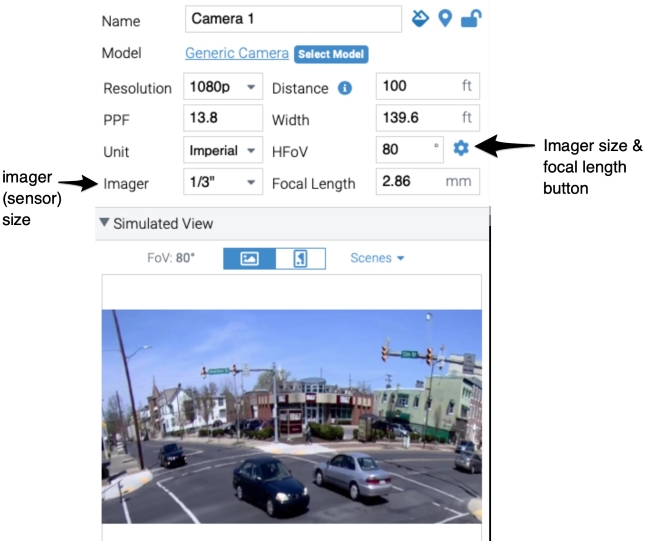 You can compute the angle of view by using the following formula: